The best smartphones in terms of battery life according to tests in . That’s what matters! We list current smartphones that scored with a particularly long battery life in our cell phone test. One device even lasted for over 16 hours in continuous operation and thus became the absolute front-runner. Many users can no longer …

The best smartphones in terms of battery life according to tests in 2023. That’s what matters!

We list current smartphones that scored with a particularly long battery life in our cell phone test. One device even lasted for over 16 hours in continuous operation and thus became the absolute front-runner.

Many users can no longer do without a smartphone. Almost the entire life can be managed with them. It is therefore all the more important that the mobile companions offer the longest possible runtime. More and more smartphones are equipped with a battery with 3000 mAh or more. Models with over 4000 mAh or even 5000 mAh are also offered. But a power storage with a high capacity does not always indicate a long battery life. Large, bright, and above all high-resolution displays put a strain on the devices’ batteries, as do apps that synchronize in the background, Internet interfaces, and other wireless connections.

In the course of the changeover to the current cell phone test procedure, we developed our own battery test, which simulates surfing the Internet, performing calculations and watching videos in a continuous loop at a display brightness of 200 cd/m². This determines how long a fully charged battery takes to drain completely. Some of the smartphones we have tested since then proved to be particularly enduring in this test. They managed a runtime of over 9 hours in continuous use, with some models cracking the 10- and 11-hour mark. One model in particular stood out and lasted almost 17 hours.

In our overview, we show our top 10 battery winners for 2023 in ascending order.

Xiaomi tried its hand at the big time with the Mi Note 10 at an event in Madrid in early November 2019. The Mi Note 10 wants to be praised especially for its 108-megapixel pentacamera. In the test, the smartphone could convince as a successful overall package. The camera takes nice pictures in good light, and the 6.47-inch AMOLED display cuts a very bright figure.

The performance is okay, but only mid-range. In return, the 5260 mAh battery convinced us with an above-average runtime of 11 hours and 4 minutes.

The Samsung Galaxy A6+ showed a very good endurance of 11 hours and 15 minutes in our test.

Average users will usually easily even get to the next day without recharging the battery with this value. However, the long battery life is not the only noteworthy feature of the Samsung Galaxy A6+. Just like its little brother, A6, the smartphone has a noble metal casing. The screen is 6-inches and displays colors naturally.

In good lighting conditions, the camera delivers good results. The positive picture is slightly clouded by the lack of WLAN-ac support and the mediocre quality of the sound module.

Read also: Case for Smartphone – do you really need it?

OnePlus’ spring 2021 flagship is the OnePlus 9 Pro. The Snapdragon 888 is the latest processor technology from Qualcomm, which makes the smartphone very powerful.

The battery capacity is 4500 mAh. In our test, the power storage lasted for 11 hours and 27 minutes. Thus, the OnePlus 9 Pro could clearly improve on the predecessor (OnePlus 8 Pro). The battery of the new model can also be recharged with 65 watts. The support with 50 watts without a cable is new.

The Huawei Mate 30 Pro has two personalities: On the one hand, it is an excellent smartphone with an innovative waterfall display design, a very bright 6.53-inch AMOLED screen, as well as an outstanding quad camera and, last but not least, an above-average battery life of 11 hours and 31 minutes. Thus, the smartphone with a 4500 mAh battery can secure a spot in our battery top 10.

On the other hand, the Huaweian lacks important Google services, first and foremost the Google Play Store. The background is the trade war between the US and China and the lack of Android licenses. Google services can be installed later, but the restrictive software configuration is sometimes a deterrent. 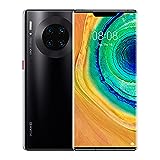 The camera system is undoubtedly one of the biggest features of the Zenfone 6 (2019) from Asus. Asus does not integrate a front-facing camera at all. However, the main camera on the back can simply be flipped to the front for taking selfies.

Besides a very good overall performance, thanks to Qualcomm’s Snapdragon 855 processor among other things, we were also impressed by the 5000 mAh battery in the test. With an above-average battery life of 11 hours and 55 minutes, the Asus Zenfone 6 (2019) reached fifth place in our best list.

The X3 Lite is part of Oppo’s Spring 2021 collection, which marks the successors of the X2 series. The Find X3 Lite is the cheapest of the series and has to make do with less than the Find X3 Pro and Find X3 Neo in some places.

However, the battery performance is above average. We determined a runtime of 12 hours and 22 minutes in our test. When the battery is exhausted, it can be recharged with 65 watts.

Do you know How to Remove the Sim Card From an iPhone?

Motorola’s G8 Power is the successor of the G7 Power. Right from the start, we hoped that the smartphone with the 6.4-inch display would again do excellently in the battery test. Just like the predecessor, the manufacturer provides the Moto G8 Power with a power storage of 5000 mAh. And the runtime of 13 hours that we measured is more than respectable. It was not enough for the pole position in the best list, but the third place is no less noteworthy.

Motorola uses a completely different design for the G8 Power than for the G7 Power. Instead of a wide display notch, the front camera is placed as a discreet punch hole in the upper left corner. 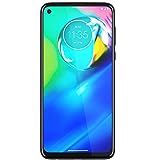 The realme 7 5G has a lot to offer: 120 Hz display, large battery with 5000 mAh and fast charging function as well as 5G support and a quad camera. At the same time, it is comparatively cheap with a recommended retail price of 279 Euros. The realme 7 5G can deliver what it promises in some disciplines.

The good overall performance and the strong battery with a runtime of 13 hours and 4 minutes convinced us in the test, which was enough for the third place in the best list. However, there is still a lot of room for improvement in the quad camera. The low-light performance is poor.

The battery life of the realme 8 5G is an excellent 15 hours and 26 minutes. Thus, the realme 8 5G surpasses the predecessor from our own forge and comes close to our test winner. In addition to the good battery runtime, the realme smartphone offers a comparatively inexpensive entry into the 5G world.

The performance is basically solid, but there is still room for improvement in the camera. Details about the realme 8 5G can be found in the detailed review.

Interesting to know: How to Get Water Out of iPhone.

The name Power is justified. So far, this battery beats all current smartphones we have tested. The 5000 mAh battery of Motorola’s Moto G7 Power only gave up after an incredible runtime of 16 hours and 47 minutes.

And the budget smartphone (around 200 Euros) also cuts a good figure otherwise. The 6.2-inch screen has an HD+ resolution and delivered a very good Delta E value in the test – the unit of measurement for the display’s color accuracy. The overall performance is also impressive. The smartphone with a very good price-performance ratio has a top build and feels good in the hand. However, potential buyers will have to make concessions in terms of the camera.

As you can see, not a single iPhone made it into the top 10 smartphones in terms of battery life, and the only Samsung took only 9th place. But that’s not surprising, since these manufacturers don’t emphasize record-breaking battery life.

But that doesn’t mean at all that there are models in our ranking that aren’t worthy of attention. On the contrary! It is from this list many people, for whom the battery life of a smartphone is critical, will find the right model for themselves.